Blanche Wiesen Cook is Distinguished Professor of History and Women’s Studies at John Jay College and the Graduate Center of the City University of New York. Her definitive biography of Eleanor Roosevelt, Vol I The Early Years 1884 – 1933; Vol II The Defining Years 1933- 1938; Vol III The War Years and After 1939 -1962, published by Viking, was called “monumental and inspirational…[a] grand biography” by the New York Times Book Review. Eleanor Roosevelt Volume One, on the NY Times bestseller list for 3 months, received many awards, including the 1992 Biography Prize from the Los Angeles Times, and the Lambda Literary Award. Eleanor Roosevelt Volume II was a New York Times bestseller. ER I, II, III are available in Penguin Paperback and on ebook. 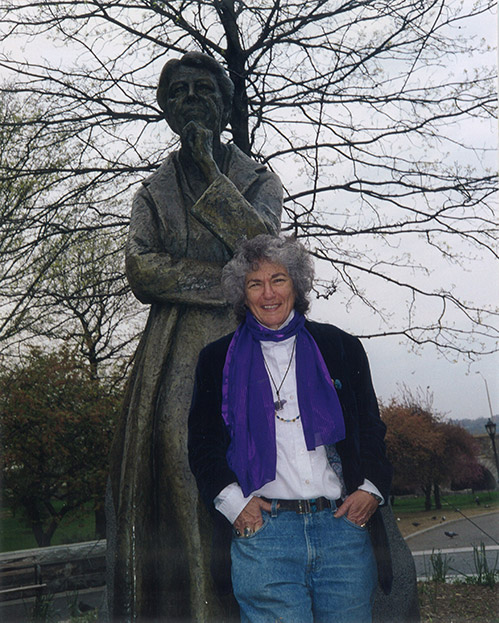 Blanche with the Eleanor Roosevelt statue in Riverside Park NYC. Photo taken by Brian Lamb, producer of C-Span.
The sculpture is by Penelope Jencks.

Professor Cook has edited and contributed to many anthologies. Her book Crystal Eastman on Women and Revolution, reprinted in 2020 by Oxford University Press, was declared by Joseph Lash “a book that should stay in print forever.” The Declassified Eisenhower, was a New York Times Book Review notable book of 1981, published in Penguin paperback 1984. For more than twenty years, she produced and hosted her own program for Radio Pacifica, originally called Activists and Agitators, and later, Women and the World in the 1980s. Professor Cook has appeared frequently on television, on such programs as The Today Show, Good Morning America, C-Span’s Booknotes, and MacNeil/Lehrer, where she participated in the joint PBS-NBC coverage of the 1992 Democratic National Convention. She is featured in Ken Burns’ PBS series, The Roosevelts.

Professor Cook is the former Vice-President for Research of the American Historical Association and was Vice-President and Chair of the Fund for Open Information and Accountability (FOIA,Inc.) She was also Co-Founder and Co-Chair of the Freedom of Information and Access Committee of the Organization of American Historians, which was actively committed to maintaining the integrity of the Freedom of Information Act. She was also the co-founder and officer of the Conference on Peace Research in History (CPRH) and senior editor of the Garland Library on War and Peace, a 328 volume reprint collection, each with new introductions (1971). Creator of Peace and Conflict Studies, Elise Boulding, called the Garland Library “the publishing venture of the century.”

Blanche Wiesen Cook, graduated from Hunter College, and received her Ph.D. from the Johns Hopkins University. She lives in New York City with her partner of 51 years, playwright, librettist, activist Clare Coss. 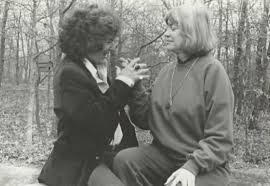