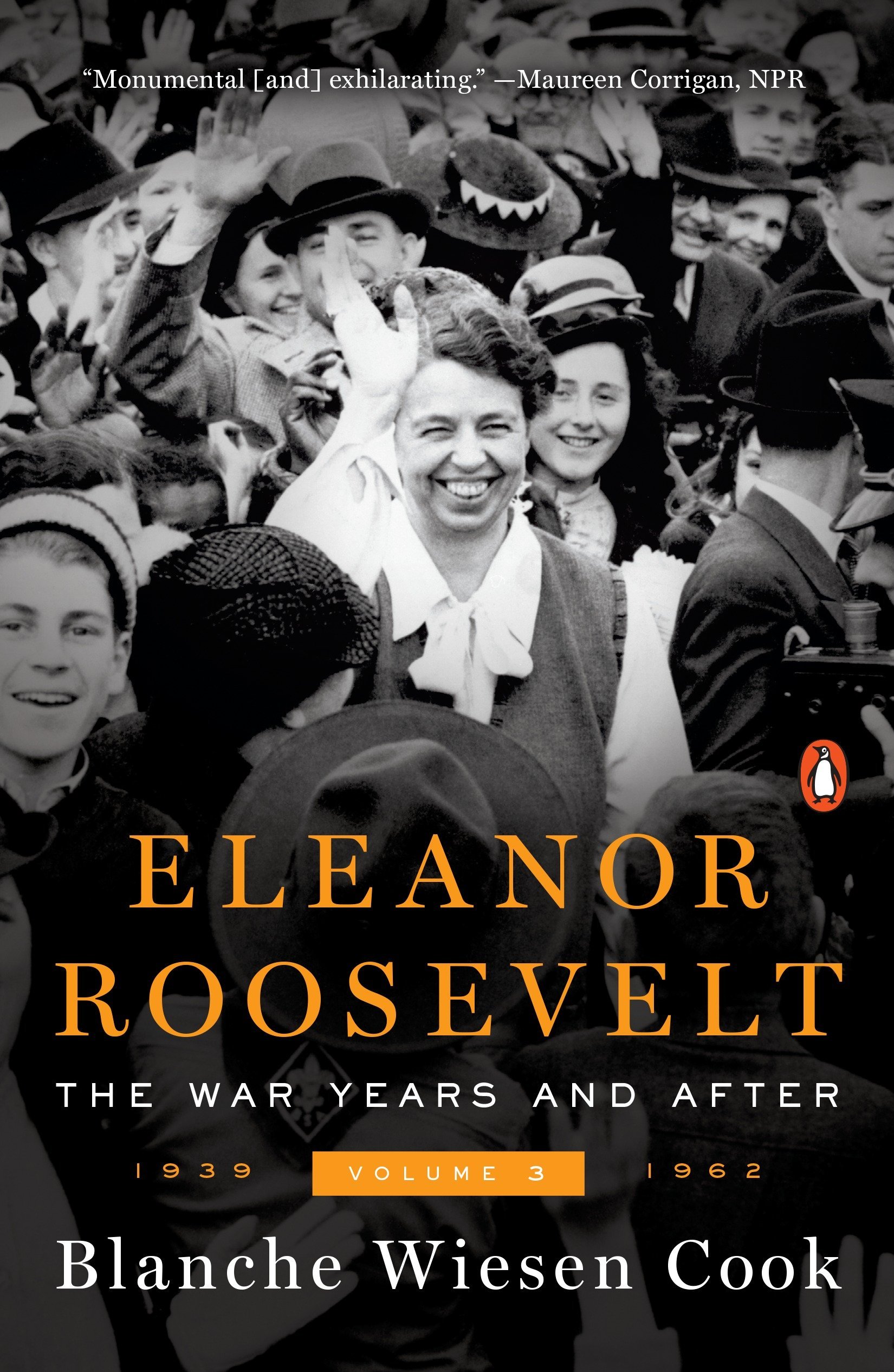 Historians, politicians, critics, and readers everywhere have praised Blanche Wiesen Cook’s biography of Eleanor Roosevelt as the essential portrait of a woman who towers over the twentieth century. The third and final volume takes us through World War II, FDR’s death, the founding of the UN, and Eleanor Roosevelt’s death in 1962. It follows the arc of war and the evolution of a marriage, as the first lady realized the cost of maintaining her principles even as the country and her husband were not prepared to adopt them. Eleanor Roosevelt continued to struggle for her core issues—economic security, New Deal reforms, racial equality, and rescue—when they were sidelined by FDR while he marshaled the country through war. The chasm between Eleanor and Franklin grew, and the strains on their relationship were as political as they were personal. She also had to negotiate the fractures in the close circle of influential women around her at Val-Kill, but through it she gained confidence in her own vision, even when forced to amend her agenda when her beliefs clashed with government policies on such issues as neutrality, refugees, and eventually the threat of communism. These years—the war years—made Eleanor Roosevelt the woman she became: leader, visionary, guiding light. FDR’s death in 1945 changed her world, but she was far from finished, returning to the spotlight as a crucial player in the founding of the United Nations.

This is a sympathetic but unblinking portrait of a marriage and of a woman whose passion and commitment has inspired generations of Americans to seek a decent future for all people. Modest and self-deprecating, a moral force in a turbulent world, Eleanor Roosevelt was unique. 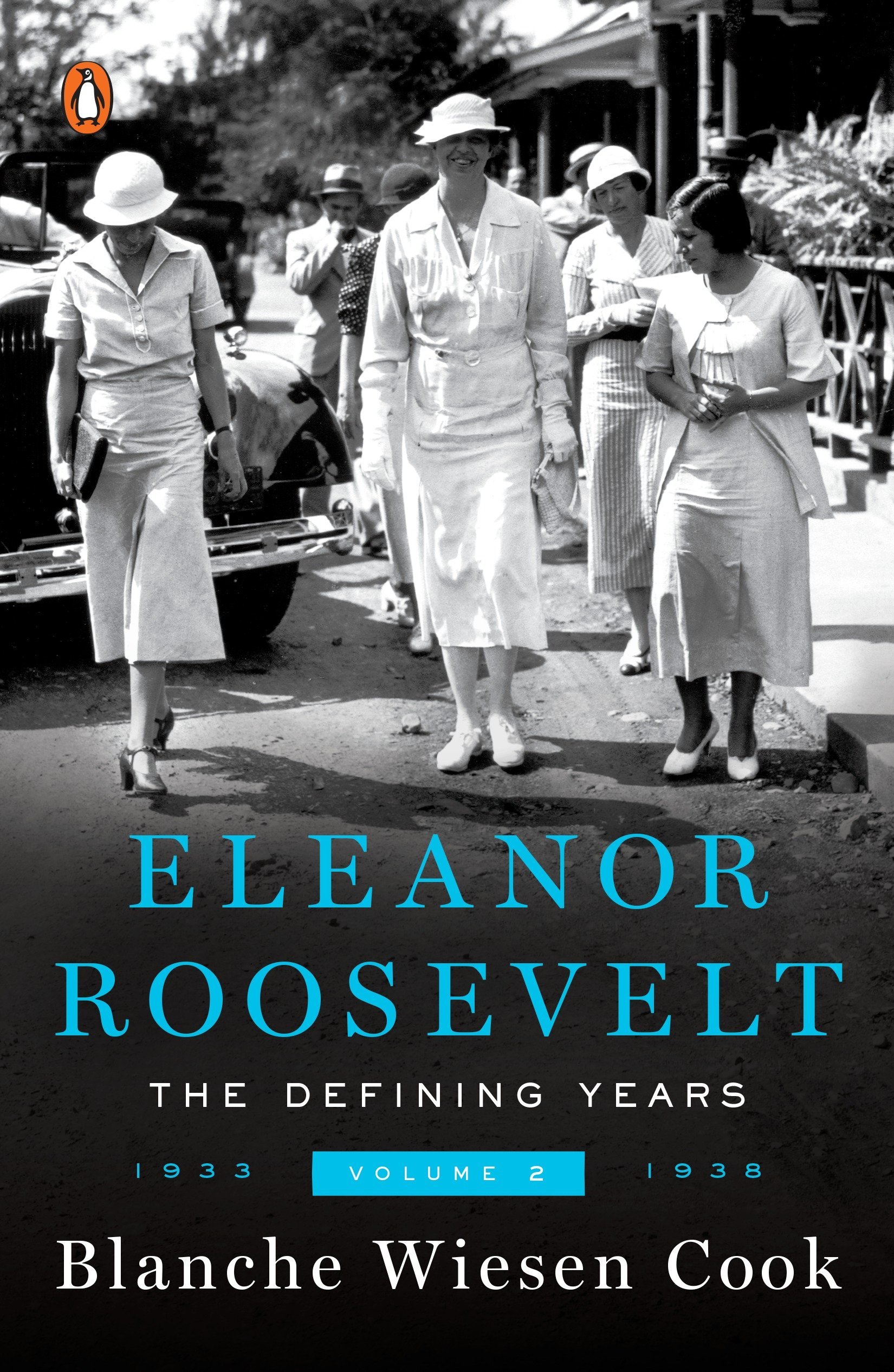 The captivating second volume of this Eleanor Roosevelt biography covers tumultuous era of the Great Depression, the New Deal, and the gathering storms of World War II, the years of the Roosevelts’ greatest challenges and finest achievements. In her remarkably engaging narrative, Cook gives us the complete Eleanor Roosevelt—an adventurous, romantic woman, a devoted wife and mother, and a visionary policymaker and social activist who often took unpopular stands, counter to her husband’s policies, especially on issues such as racial justice and women’s rights. A biography of scholarship and daring, it is a book for all readers of American history. 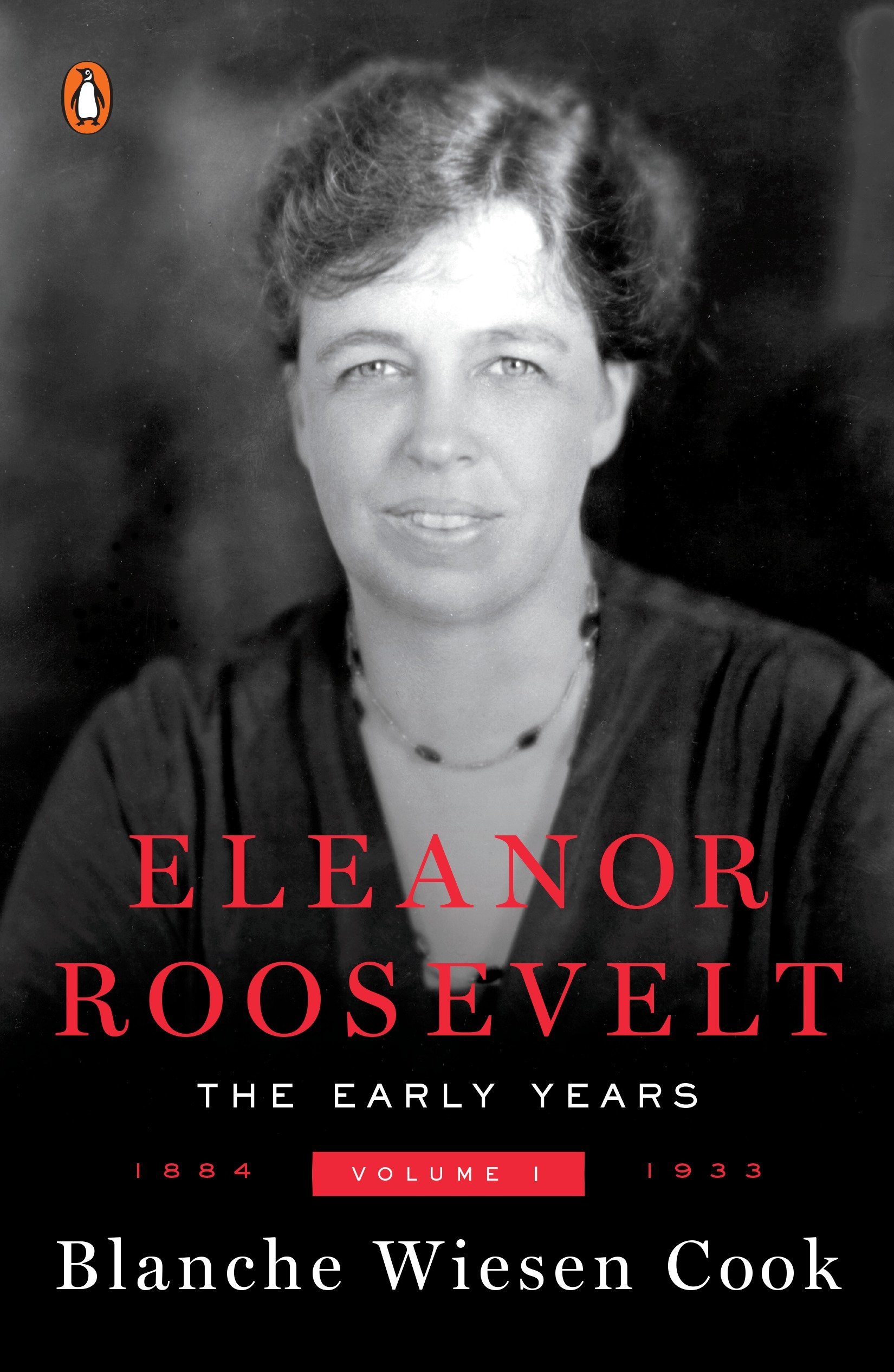 Eleanor Roosevelt was born into the privileges and prejudices of American aristocracy and into a family ravaged by alcoholism. She overcame debilitating roots: in her public life, fighting against racism and injustice and advancing the rights of women; and in her private life, forming lasting intimate friendships with some of the great men and women of her times. This volume covers ER’s family and birth, her childhood, education, and marriage, and ends with FDR’s election to the Presidency–the years of ER’s youth and coming of age. 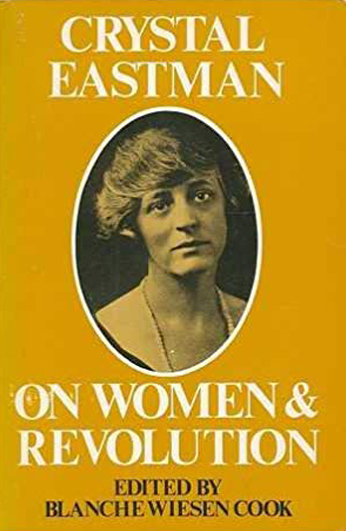 A collection of essay, addresses, and magazine articles by the early-twentieth-century attorney and activist illuminate her militant views on feminism, suffrage, pacifism, and socialism.

Republished in 2020 by Oxford 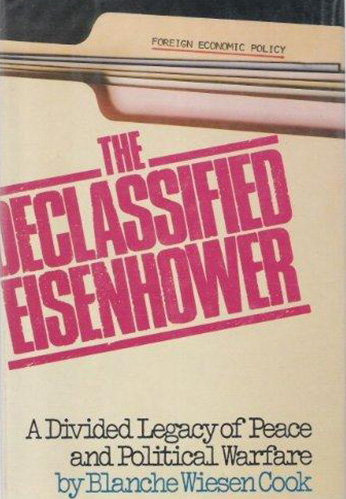 Reevaluates the presidency of Dwight Eisenhower, with an emphasis on his role as a man of peace, discussing his attempts to establish a foreign policy designed to permanently secure international peace. 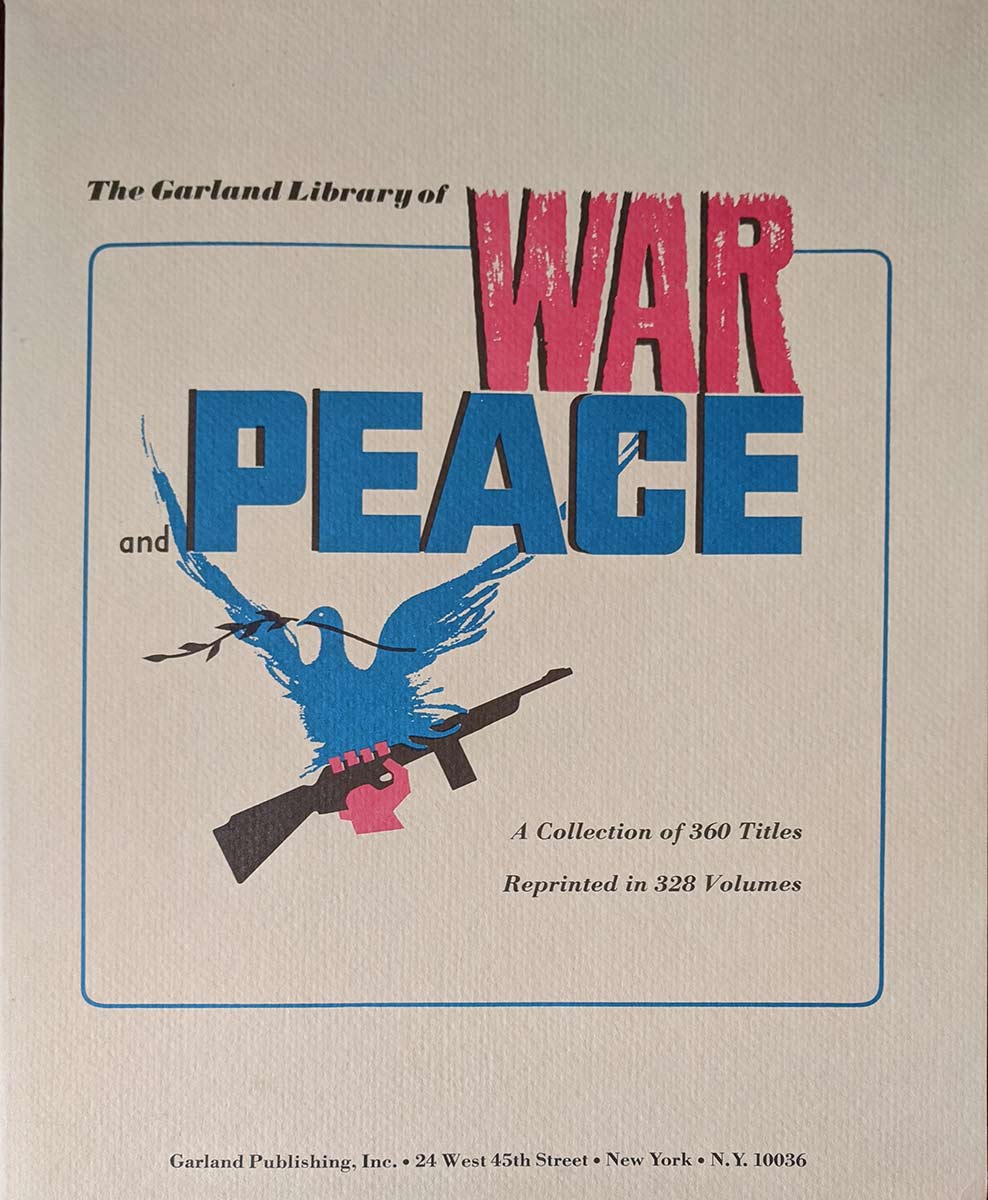 Garland Library
of War and Peace

“What is to be learned from the books in this series? …With more and more people concluding that war is immoral, un-Christian, wasteful, inhumane and inconclusive, these materials provide insight into the resurgence of peace advocacy…The search for an end to war cannot afford to ignore precedents. With the publication of The Garland Library of War and Peace a large body of essential reference material will now be readily available to students, scholars and [activists] of good will.”
From the Introduction, Historian Merle E. Curti, 1971

Blanche Wiesen Cook is Distinguished Professor of History and Women’s Studies at John Jay College and the Graduate Center of the City University of New York. Her definitive biography of Eleanor Roosevelt, Vol I The Early Years 1884 – 1933; Vol II The Defining Years 1933- 1938; Vol III The War Years and After 1939 -1962, published by Viking, was called “monumental and inspirational…[a] grand biography” by the New York Times Book Review. Eleanor Roosevelt Volume One, on the NY Times bestseller list for 3 months, received many awards, including the 1992 Biography Prize from the Los Angeles Times, and the Lambda Literary Award. Eleanor Roosevelt Volume II was a New York Times bestseller. ER I, II, III are available in Penguin Paperback and on ebook. 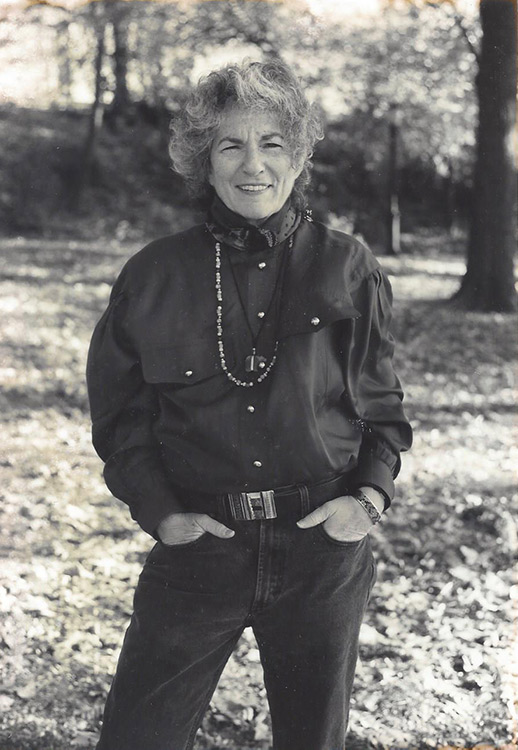